Facebook’s first partner for advertising in its virtual reality headset has pulled out of the initiative less than a week after it was announced after a backlash from the gaming community.

The world’s largest social media platform said last Wednesday that it planned to start testing advertising in Oculus, its popular virtual reality gaming headset, with commercials running in the shooting game Blaston and “a couple other developers”.

But Blaston, a title from Resolution Games, ditched the plan on Monday, following a deluge of complaints from users. “After listening to player feedback, we realize that Blaston isn’t the best fit for this type of advertising test. Therefore, we no longer plan to implement the test,” it said on Twitter.

Dozens of users had posted one-star reviews of Blaston in protest against the proposed test with Facebook, arguing, for example, that paid-for games should not suddenly bombard users with ads, according to media reports.

Facebook did not respond to a request for comment on the decision. In last week’s statement, it said headset wearers would have controls to hide particular ads or hide ads from a particular advertiser.

Blaston’s decision is embarrassing for Facebook as it tries to grow its virtual reality business by adding advertising dollars to its hardware revenues. Last month, the company said it had started testing advertisements in the Oculus mobile app.

At the VivaTech conference last week, Facebook chief executive Mark Zuckerberg said the company now had 10,000 people working across both virtual and augmented reality. “We’re investing billions and billions and billions of dollars to build something that we think will contribute to a compelling future five to 10 years from now,” he said. 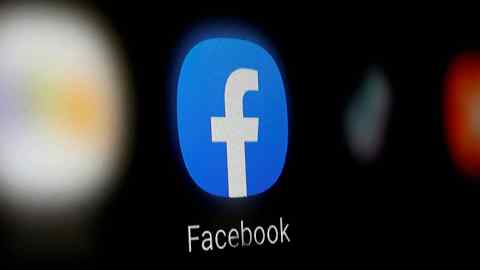 The idea of introducing advertising to virtual reality has long been rejected by some gamers. After selling Oculus to Facebook in 2014 for about $2bn, founder Palmer Luckey said that the company would be able to continue to operate with autonomy from its new parent company, adding: “We are not going to track you, flash ads at you, or do anything invasive.”

Later on Monday, Blaston said in a tweet that as an alternative to its test, Resolution Games was “looking to see if it is feasible to move this small, temporary test” to its free fish-catching game Bait.